Tombstone combines Triangle Kush with Stardawg to create fantastic new phenotypes with all TK’s potency and Stardawg’s massive, sturdy structure. Many of Tombstone’s most prominent phenotypes display fantastic reds and purples upon finish, though some take on the bright-green color most typical of common Indica varieties.

Tombstone combines Triangle Kush with Stardawg to create fantastic new phenotypes with all of TK’s potency and Stardawg’s massive, sturdy structure. Many of Tombstone’s most prominent phenotypes display striking red and purple hues at the end of the flowering cycle. This hardy and easy-to-grow strain offers solid yields, powerful highs, and rich aromas and flavors. Tombstone is the perfect strain for those seeking the classic, earthy scents of Kush and Chem.

Triangle Kush, Tombstone’s mother, is one of the most well-known cuts of cannabis around. This cut is said to have been named in recognition of the three cannabis-producing capitals in Florida—Jacksonville, Tampa, and Miami.

The tale of Triangle Kush began with a young cannabis user in Florida known as Origins_tk, or OTK. In the late 1980s, OTK became involved in the surfing scene in South Florida. Soon, he met many other surfers who shared his passion for cannabis. In 1990, one of OTK’s friends introduced him to a grower nicknamed the Governor. This grower liked OTK’s passion for cannabis and offered the young surfer a job at his grow operation. OTK enthusiastically accepted the job offer and moved to Central Florida to work for the Governor.

The Governor’s grow operation was highly refined for the time, but he cultivated only a handful of strains. Recognizing the need for more variety, some of the Governor’s colleagues went to Amsterdam to acquire some new strains. They wound up purchasing more than $10,000 worth of seeds from The Seed Bank of Holland, and OTK helped them transport the seeds back to the Governor.

While growing some of the seeds acquired in Amsterdam, OTK discovered some extraordinary female Hindu Kush plants. He brought a few of these plants to the main grow room and placed them next to the Governor’s cherished Emerald Triangle plants.

When the plants were for harvest, OTK was disheartened to see that one of the Hindu Kush plants had become hermaphroditic and had pollinated the Governor’s Emerald Triangle plants.

Within the seeded Emerald Triangle flowers, OTK’s friends came across Triangle Kush and OG Kush, two of the most renowned strains of all time.

Many growers believe that Triangle Kush, the mother of Tombstone, is a hybrid of Emerald Triangle and Hindu Kush. Emerald Triangle was an admired strain that circulated in Florida during the 1990s; however, not much is known about this mysterious cultivar.

According to OTK, Hindu Kush is a cross of Kush #4 and Northern Lights #2 that was originally bred by Nevil Schoenmakers.

Stardawg, the father of Tombstone, was created by Top Dawg Seeds and first released in 2011. JJ NYC, the owner of Top Dawg Seeds, bred Stardawg with the purpose of translating the illustrious Chemdawg into a line of seeds.

JJ created Stardawg by pollinating the clone-only cut of Chem D with an Afghan No. 1 male. He then backcrossed this strain with Chem D two more times, dubbing the backcross “Tres Dawg.” Lastly, he used a Chem-dominant Tres Dawg phenotype to pollinate the Chem 4 cut. JJ named his new strain “Stardawg,” possibly due to its ample resin glands that sparkle like stars.

Stardawg is believed to be a Sativa-dominant hybrid of Chem 4 and Tres Dawg. Tres Dawg, Stardawg’s father, is a backcrossed variety that descends from Chem D and a Sensi Seeds Afghan No. 1 male. Both Chem 4 and Chem D are the offspring of the famous Chemdawg strain.

Greenpoint Seeds created Tombstone by using their powerful Stardawg male to pollinate the authentic, clone-only cut of Triangle Kush. This hybrid combines the robust flavor and knockout stone of Triangle Kush with the bountiful yield and stout structure of Stardawg, creating a beginner-friendly strain that produces top-shelf buds. Some phenotypes may lean toward the Triangle Kush in flavor and effects, and others will be more Stardawg dominant. Most phenotypes will display a mixture of qualities from both parents.

Triangle Kush is esteemed for its rich, earthy fragrance. This strain offers the usual lemon-pine aroma of OG Kush with added notes of ripe berries and fresh herbs. In the jar, Triangle Kush smells of lemon and fuel, with earthy and floral hints. When broken apart, the dried flowers release bitter undertones of fine wood and pine needles.

Stardawg emanates a strong fragrance with distinct scents of skunk, kerosene, pine, and damp soil. Some users also notice subtle hints of menthol and citrus when grinding up the buds.

Tombstone radiates pungent aromas of soil, skunk, and sweet lemon, though a more discerning nose can often detect notes of diesel fuel, pine, and spice, as well. Its classic fragrance is one of Tombstone’s most prized traits.

The aroma of Tombstone carries through in its flavor. The taste is smooth, beginning as a spicy, hashy palate followed by a sweet, citrus-berry and diesel-fuel finish. Tombstone should cause no throat abrasion when properly flushed and cured, thus making it easy—and quite tempting—to continue indulgence well beyond the recommended dose. 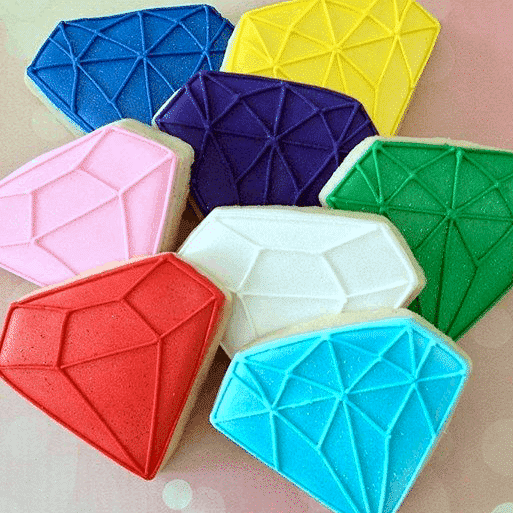 With more than 20 percent THC on average, Triangle Kush tends to hit users hard and fast. The high sets in with a warming sensation behind the eyes, followed by a body-numbing stone. Though pain generally dulls after consuming Triangle Kush, limbs can become heavy, prompting users to relax and unwind. However, some users also note an uptick in creativity, mainly due to TK’s limonene and pinene terpene profile.

In contrast, Stardawg is a Sativa-dominant strain that delivers an uplifting and stimulating cerebral high. Soon after smoking Stardawg, users may notice a powerful feeling of euphoria that boosts the mood and awakens the mind. This potent cerebral effect is soon followed by a gentle tingling sensation throughout the body.

Tombstone unites the relaxing and soothing stone of Triangle Kush with the invigorating high of Stardawg. This hybrid can produce between 18 and 22 percent THC, delivering a strong but well-balanced effect that is both relaxing and inspiring. Due to its exceptional potency, novice users should exercise restraint when consuming Tombstone cannabis flower.

Triangle Kush is medium to tall in height, with long, thin branches that have significant internodal spacing. The dense, frosty buds form in tight clusters along the length of the stems, resulting in popcorn-shaped flowers rather than massive colas that are characteristic of many cannabis varieties.

Tombstone is medium to tall in height, with robust branches and moderate internodal spacing. This variety displays a kaleidoscope of colors ranging from bright greens and yellows to deep purples and reds. The buds coat themselves with a silver sheen of sticky trichomes throughout the flowering stage, resulting in to-die-for bag appeal.

Tombstone seeds often germinate quickly (in as little as a few days) and proliferate rapidly. The strain’s Sativa influence is apparent during its vegetative stage, stretching significantly within the first few months of growth. As such, growers must control height by frequently topping the plants and pruning unproductive branches to promote girth. Growers should also consider adding trellises or other support systems to the grow room before plants begin to flower, as the large, weighty colas will likely be too heavy for the branches.

A carbon filter is also essential when growing Tombstone indoors. The flowering plants are exceedingly aromatic, emitting presumes of lemon, eucalyptus, and diesel fuel. Those operating stealth grows may not be able to contain the scent without the proper equipment, so careful grow room planning is a must.

Tombstone is resistant to many pests, diseases, and environmental stressors; however, this variety may be susceptible to powdery mildew infections. Growers can thwart powdery mildew infections by keeping the grow room clean, providing plenty of airflow and lighting, and maintaining the correct temperature and humidity levels throughout the vegetative and flowering cycles.

Tombstone cannabis seeds reliably produce potent, flavorful buds that are packed with cannabinoids and terpenes. This strain combines the best qualities of Triangle Kush and Stardawg, creating a unique hybrid that is sure to please. Its classic flavor, balanced effects, and striking bag appeal make Tombstone a popular choice for medical and recreational users. Indeed, the Tombstone cultivar is an exciting way to add variety to any cannabis garden.

Buy Tombstone seeds now or contact us for more information. Don’t forget to check out the rest of our premium cannabis seeds while you’re here!

Have you tried Tombstone cannabis seeds? Tell us about your experience in the comment section below.