If you’ve been involved in the cannabis scene recently, you’ve likely heard of the Runtz Crew. Founded by Ray Bama, Nick, and rapper Yung LB, this group of growers and breeders has taken the industry by storm, creating some of the most popular strains on the market. In just a few short years, demand for their cultivars has spread around the world.

The Runtz Crew is best known for breeding the wildly popular Runtz strain. After finding two standout phenotypes, No. 3 and No. 7, the breeders knew they had created the next legendary cultivar. This hybrid of Gelato and Zkittlez was born in 2017 and released in Southern California in 2018. Today it’s everywhere and doesn’t seem to be going away anytime soon. In an interview with Leaf Nation, Bama said:

“At the end of the day, we’re probably looking at another five to 10 years of the market being dominated by Runtz and Runtz crosses, Runtz sisters, and stepchildren.”

After the breakout success of their Runtz strain, the Crew has been hard at work. They’ve collaborated with the Cookies Family, Seed Junky Genetics, and Doja to produce a myriad of Runtz hybrids, and have created a full line of stylish apparel to promote their brand. With so much buzz surrounding their strains, the future looks bright for this group of breeders.

At Greenpoint Seeds, we work with the Runtz Crew’s namesake strain to create a variety of frosty and potent hybrids. Shop our Runtz seeds today. 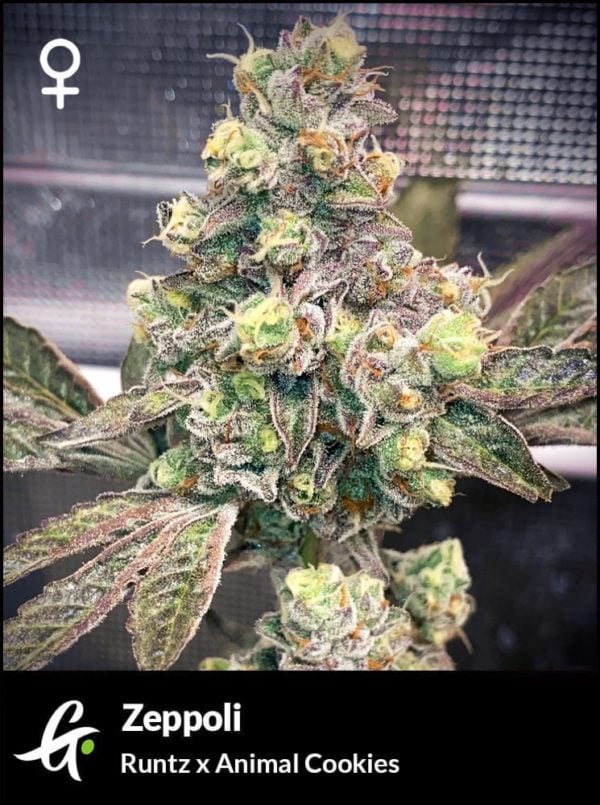