East Coast OG Kush is an outstanding new cross of East Coast Sour Diesel and Topanga Canyon OG. Combining the renowned and highly sought-after flavor, aroma, and potency of the East Coast Sour Diesel with the hard-hitting and flavorful Topanga Canyon OG will produce new phenotypes that highlight what each parent brings to the cross. You can expect larger than average yields of giant colas that produce attention-grabbing aromas that range from stinky skunk to sour gas. Flavors will hit anywhere from deep pine to a lemon skunk.

East Coast Sour Diesel immediately makes many connoisseur minds salivate just at hearing the name. This legendary sativa dominant clone only cultivar gained her notoriety almost two decades ago, and remains today, just as much of an all-star as always. Generations of smokers have come to know this sour lemon pine petroleum packed variety as one of the most extraordinary phenotypes in Cannabis history. The name alone will command attention but the aroma, flavor, and potency have always held this girl to the higher standard she commands. When you smell a jar of East Coast Sour Diesel your senses are immediately taken on a journey. Sour fuel aromas wrapped around lemon cleaner and dead roadkill skunk will offend your sense while at the same time not allowing them to let go of the attraction. Enjoy the amazing uplifting effects East Coast Sour Diesel delivers with her incredible Sativa dominance. This cultivar will have you feeling focused, happy, and energetic.

Topanga Canyon OG is a heavy producing OG phenotype that is hard to acquire and easy to fall in love with. Also known as 91 Hollywood Pure Kush and HPK, Topanga Canyon OG stacks incredible trichome encrusted colas of potent OG flowers that produce much heavier yields than the classic OG cuts. This cultivar is one of the top favorites at big-name shops like Jungle Boys of Los Angeles, California. Topanga Canyon OG is an easy to grow variety that delivers exceptional effects. She will have your head buzzing and your body relaxed. Topanga Canyon OG is a great choice for anyone looking for an Indica dominant variety that will stimulate appetite, calm your nerves, and help you get a good night’s rest.

East Coast OG Kush will produce new phenotypes that are similar to either parent with some portraying mixed attributes. This is a great opportunity to find unique phenotypes with a mix of both sativa effects from the East Coast Sour Diesel and Indica effects from the Topanga Canyon OG. These new phenotypes can range in flavor from sour to skunk to gassy OG. The aromas in this cross will definitely be enhanced by the East Coast Sour Diesel and will likely deliver an extremely potent effect due to the lineage of the OG Kush as well. You can expect a strong sturdy structure and heavy yields of a top-shelf quality flower. East Coast OG Kush is a great opportunity to add the qualities of two sought after clone only cuts to your garden. 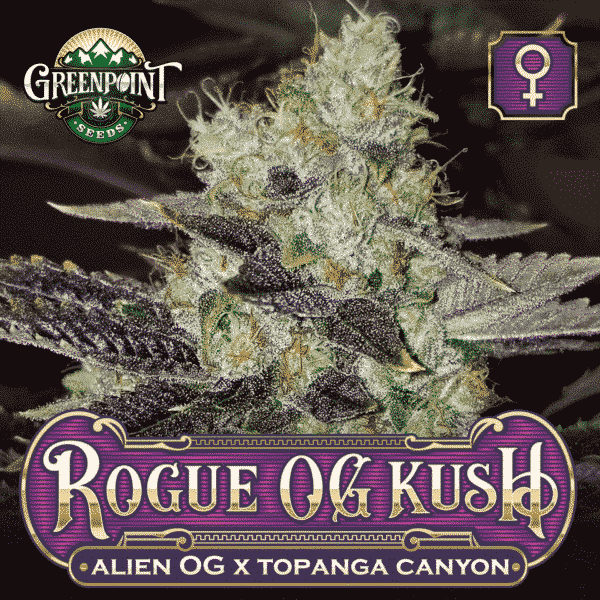